15 Reasons You Should Go to Bed on Time, According to Science

Welcome back to our regular series with certified sleep educator Terry Cralle, MS, RN. In this post, Cralle explains why it’s important to establish a regular bedtime—and stick to it every night.

If you’re a victim of bedtime procrastination, you’re not alone. We have too many temptations, whether it’s late-night bargain hunting on the internet or getting sucked into watching cute cat videos on Facebook. However, going to sleep at a reasonable time can have immediate health benefits.

15 reasons to go to sleep on time tonight

In honor of World Sleep Day on March 15, here are my top 15 reasons why you should make the effort to make sleep a priority.

The bottom line: If you’ve been skimping on sleep, try to buck the trend and see how you feel. You may be pleasantly surprised by the resulting spring in your step and the markedly improved way you feel and function when you get enough rest. If you experience the difference, send me an email and let me know; I’d love to hear about it. 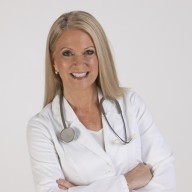 Terry Cralle, MS, RN, is a certified clinical sleep educator and Saatva's sleep consultant. She is the author of Snoozby and the Great Big Bedtime Battle, the first nonfiction book directly messaging the benefits of sufficient sleep to young children, and Sleeping Your Way to the Top, the ultimate guide to success through better sleep. A nationally recognized sleep health and wellness advocate, her work in the field of sleep medicine has ranged from patient care to clinical research and continuing education for nurses.

What All That Social Media Scrolling Is Doing to Your Sleep

7 Ways to Sleep Better with Allergies

How to Keep Social Distancing from Ruining Your Sleep